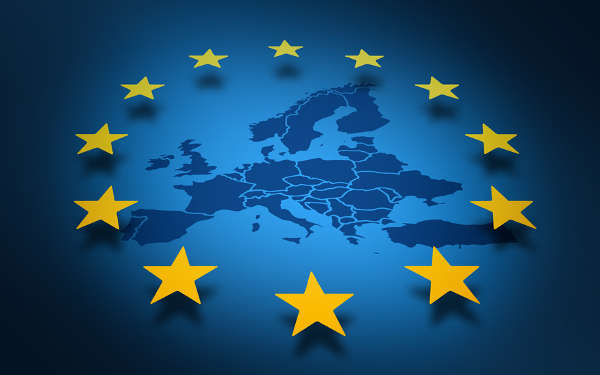 If we assume that trade marks, among other functions, enable consumers to identify the goods or services offered by one undertaking and to distinguish them from those of another, it is easy to understand the fundamental role played by distinctive signs, not only for large enterprises but also for SMEs in general. Precisely because of the high commercial value that a trade mark may attain, it is important to ensure their adequate legal protection, starting with registration, both at national and international level.

In Europe or, to be more precise, in the European Union (EU), two types of registered trade marks coexist: on the one hand, the national marks of each member state; on the other hand, the “European Union trade mark” (hereinafter “EU Trade Mark”), which is granted for the whole territory of the EU. The latter has recently replaced the former and glorious “Community trade mark”, introduced more than 20 years ago by Regulation (EC) 40/94.

Recently, an ambitious reform in the field of trade mark law in the EU came into force which affected not only the former Community trade mark, but also the national trade mark laws of the EU member states, which will have to be adapted to the new Directive (EU) 2015/2436 within a period of three years.

The purpose of this reform is to update and modernize the EU Trade Mark protection system by improving its “effectiveness, efficiency and coherence” and by adapting it to the “internet age”. This is also the objective pursued by the new “EU Trade Mark” recently introduced by “Regulation (EU) 2017/1001 of the European Parlament and of the council of 14 June 2017 on the European Union trade mark” (hereinafter “the new Regulation”).

Indeed, this new Regulation replaces the former provisions on the Community trade mark and updates them by introducing new concepts and modifying or specifying already existing ones. The aim is to simplify and to speed up the registration procedure for EU Trade Marks and to strengthen the legal certainty and predictability of the trade mark system.

In addition, the new Regulation establishes a “mediation centre” within the EUIPO (ex-OHIM) aimed at encouraging quick and amicable settlements to disputes concerning European Union trade marks that may arise.

Among the many novelties, we would like to mention some of them of a practical nature: firstly, it is no longer possible to file an EU Trade Mark with the different national offices of the member states; the application must be submitted directly to the EUIPO. Secondly, the cost for the application is reduced by allowing a single class to be included in the application (thus, fees fall from EUR 1350 to EUR 850 for applications in a single class).

Other changes concern, for example, the way in which the sign to be registered is represented. This is an important issue, strictly related to the general requirement of legal certainty and predictability of the trade mark system. Indeed, said representation serves to define the object of protection and has an essential function when individualizing the limits of the scope of protection granted by the registration of a mark. Hence the need that said delimitation is as clear as possible.

Contrary to what happened with Community trade marks (which only admitted signs that could be “graphically represented”), the new article 4 of Regulation (EU) No. 2015/2424 accepts any “sign that can be represented in such a way as to determine” clearly and precisely the “object of protection granted “. In other words, the important thing is that the sign can be represented in a “clear, precise, self-sufficient, easily accessible, intelligible, durable and objective” form (even by using “generally available technology”).

Another important aspect, always with a view to achieving greater legal certainty, concerns the new provisions on the definitions of the goods and services to be included in the trade mark application. The new Regulation takes into account the indications of the Court of Justice of the European Union (in particular the “IP translator” ruling) and states that the applicant must identify with “sufficient clarity and precision” the goods and services for which the registration of a mark is requested, in such a way as to make it possible, on the basis of the mere application, to “determine the scope of the protection sought”. In this way, the use of generic terms will cover only those products and services “clearly covered by the express wording of the term”.

The EU Trade Mark Regulation also gives a greater importance to appellations of origin and geographical indications: on the one hand, it broadens the scope of the absolute grounds for refusal (i.e. those considered ex officio), including, among them, the “traditional names protected by wines and traditional specialities guaranteed”. On the other hand, in an effort to strengthen the protection of these industrial property rights in the EU, it is established that their owners may oppose an application for a EU Trade Mark, regardless of whether they already constitute an absolute ground for refusal.

As for the rights conferred, the new Regulation improves art. 9 and provides a clearer and more complete wording. Among other aspects, the new provision clarifies that:

In short, in no case can the rights conferred by a EU Trade Mark infringe fundamental rights and freedoms, as well as the freedom of expression.